Home>General>Are plants, animal and humans still an abbreviated phylogeny? Or do we know enough ?

Are plants, animal and humans still an abbreviated phylogeny? Or do we know enough ? 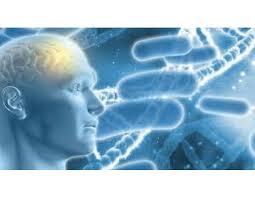 phylogeny/noun: phylogenyStudy of the evolutionary development and diversification of a species or group of organisms, or of a particular feature of an organism.

Reading about Compost, Composting and Organic Manures in my search for most stable source of humus, I came across a very powerful statement by an evolutionary biologist Lynn Margulis in 1999 : “A Plant’s death gives rise to billions of new lives and not because the bacteria that are already present in the soil now have access to additional nutrients allowing them to reproduce more, but also because the previous organs of the ‘dead plants’ carry on their life in the form of – BACTERIA”. This theory makes you think about life after death or there is certainly life after death, the form changes but life continues and what we can ultimately say is – There is no Death, we all just continue….
We can relate this to the massive amount of microbes near the root mucosa than anywhere else under the soil. It’s because plants are taking in these microbes through their root hairs and these are used up (change form) to make the plant’s structure.
This also explains the extremely high and a large variety of microorganisms in both cow Manure and Earthworm castings which are used for Organic Farming. Simply put, cows feed on a plant, the plant gets converted to microbes which are carried as the dung. This when applied to soil re-enter the plant. So the processes taking place inside a cow or a worm’s gut can only be speculated where we can imagine the Life Continuum – life is originating out of life.
Coming back to my search for the stable humus to be used for Organic Farming – I guess earthworm humus beats all others hands down.
Why?
Worm Humus thats formed is a stable “Clay-Humus-Calcium-Complex”. This is most critical for Organic Farming. Besides capturing carbon, a better water-holding and increasing CEC – this kind of humus is immune to attacks from microbes and it remains intact for a significant time compared to free humus. It’s less friable and gives soil the stable structure – which is the dream of every farmer.
The nutrients in worm humus are not soluble but organically bound. Only plants with their root hairs are able to make these nutrients accessible. Nutrients do not leach out and are available in this humus-clay-mineral reservoir for the plants to use up when they are needed.So whether we live, die or continue forever soil, plants, animals and humans will remain an abbreviated phylogeny waiting to be discovered in times to come.

Till then use Worm Humus, grow nutrient dense food for all and live a regenerative life…!